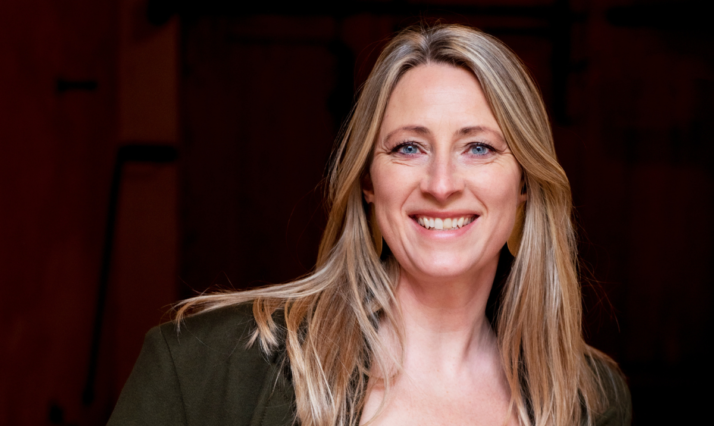 Danish Cultural Institute’s efforts in Eastern Europe has grown significantly during the past two years. As lead partner in the Ukrainian-Danish Youth House and the New Democracy Fund, the institute faces a major task in a region which has the attention of the entire world. The need to support and strengthen democratic development is significant – and here art and culture play a crucial role. Therefore, Danish Cultural institute is now increasing its presence led by Henriette Borg Reinholdt.

Experience from the region

Henriette Borg Reinholdt holds a master’s degree in Russian language and culture specializing in media development in post-Soviet Russia from the University of Copenhagen. For a number of years, she has worked at International Media Support, which works to support media in countries affected by conflict and political change. For a long period, Henriette has lived in Georgia, where she travelled the region and worked to create networks between journalists in Ukraine, Georgia, Azerbaijan, Armenia, and the conflict areas of Abkhazia and Nagorno-Karabakh.

In the spring of 2022, Henriette moved back to Denmark, and she is now ready to return to the Eastern Neighbourhood Countries. Henriette currently works from Copenhagen, but in the long term, the plan is that she will once again move to Kyiv with her family.

” The Eastern Partnership Countries are by far the most important region for Denmark to be present in right now. These are countries under pressure and in transition, and I will look forward to contributing to strong partnerships and positive development as Regional Director. Art and culture is something that binds people together and I know that cultural heritage and creativity strengthen and connect both within individual societies but certainly also across societies and countries. Danish Cultural Institute plays a key role in Denmark’s efforts in the region, and this is an effort I am looking forward to leading.”

CEO Camilla Mordhorst on the employment of Henriette Borg Reinholdt:

“I have had the pleasure of working with Henriette for several years, and she still surprises me. Henriette must be made of a particularly robust material, which allows her to build partnerships and create valuable meetings calmly and constructively, even in turbulent situations. Art- and cultural life in the Eastern Neighbourhood Countries is under enormous pressure from war or anti-democratic movements, because it is in art and culture that many free thoughts and visions are shaped, and art and culture creates a community where people can gather. Cultural exchange and people-to-people cooperations are important in this context. This is the reason we are strengthening our efforts in this region.”

Former Project Manager at International Media Support on projects in the Eastern Neighbourhood Countries, Russia, Afghanistan, Pakistan, and the Philippines.

Former consultant living in Georgia focusing on media projects in Ukraine, Georgia, Azerbaijan, Armenia, and the conflict areas of Abkhazia and Nagorno-Karabakh.

Former Junior Professional Officer of the Organization for Security and Co-operation in Europe, Georgia.

Former Head of the Nordic Council of Ministers’ Office in Murmansk, Russia.
Master’s degree in Russian language and culture from the University of Copenhagen.

via The Ukranian-Danish Youth House and The New Democracy Fund