Voices of Violence – an exhibition on sexism, gender violence and harassment 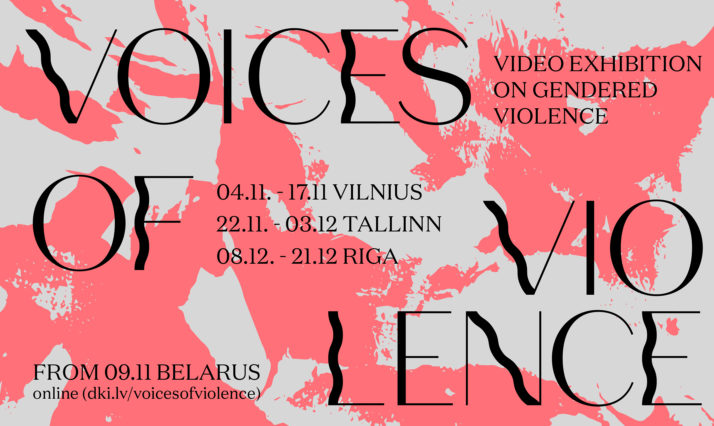 Danish Cultural Institute is lead on the gender equality project Voices of Violence, which focuses on sexism, gender-based violence and harassment in the Nordic and Baltic countries as well as in Belarus.

The project creates a platform and a safe space where women can tell their own stories of abuse and violence.

The center of the project is a video exhibition accessible both physically and online. Here Danish, Icelandic, Estonian, Latvian, Lithuanian, and Belarusian actors interpret anonymous women’s stories about sexism, harassment, and violence.

Not only does the exhibition give the stories of the respective women voices to be heard, but it also creates a platform where other women can share their stories anonymously.

The project helps to create a safe space where women can meet across borders through their experiences.

The overall purpose of the project is to facilitate reflection, dialogue, and discussion about the persistent problem that gender inequality creates.

Especially since 2017, when the #MeToo movement emerged, there has been an increasing focus on how many women around the world experience sexism, violence, and harassment every day. There has also been a focus on what scars the experiences leave behind – both physically and mentally.

Therefore, the project creates a safe space where experiences of gender-based violence are shared. Listening and understanding is the first steps on the path to creating change and equality.

Based on the message of the exhibition, gender, art, sexism, and sexualized abuses are discussed with local Baltic and Belarusian activists, artists, cultural actors, and women’s organisations.

In addition to creating dialogue and reflection, the work with sexism and violence by Nordic female artists and activists is also promoted. The intention is to create a space where more conversations about inequality, gender-based violence, feminist perspectives, and art across borders can take place.

An exhibition on an international tour

In 2021 the exhibition has been on tour in Lithuania, Estonia, and Latvia and will come to Denmark and Iceland in 2022. Unfortunately, it is not possible to show the exhibition physically in Belarus due to the current situation in the country. That is why we exhibited the exhibition digitally with an online opening event, as part of the Northern Lights Film Festival in Belarus in the autumn of 2021.

On the 5th of November, the exhibition opened for the first time with a panel debate between Danish and Lithuanian activists, authors, and gender equality experts. Among them was the Danish feminist and lecturer Emma Holten. See the debate here.

A sincere thank you for the cooperation and support

via The Ukranian-Danish Youth House and The New Democracy Fund
<script type='text/javascript' src='https://maxcdn.bootstrapcdn.com/bootstrap/3.3.6/js/