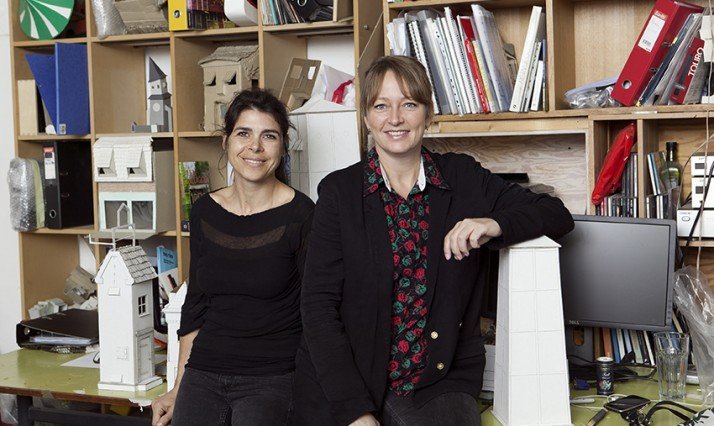 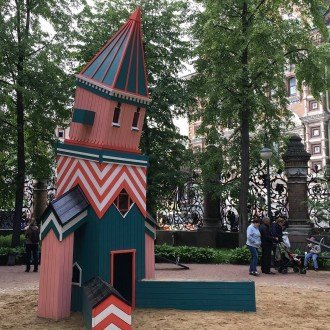 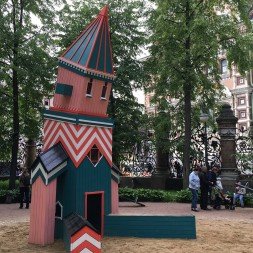 Childhood is the core theme of this year’s Imperial Gardens of Russia Festival in St. Petersburg. The fundamental idea of the renowned Russian garden festival in 2016 in Mikhailovsky Garden is the creation of a harmonious space for recreation for adults and children, with an interesting and full-bodied program. Every year Imperial Garden Festival attracts around 100.000 visitors for it’s international program.

The festival takes place during the period of White Nights from June 11 to June 19.

Saturday 11 June is dedicated to a special Danish Day, organized by the Danish Cultural Institute in St. Petersburg and the Consulate General, with events all connected to the overarching theme of the festival.

The Danish artist duo Randi Jørgensen and Katrine Malinovski has been invited to build one of their sculptural installations – a Towerman especially for the Garden Festival.

The two artists live and create their projects in Copenhagen, and have become widely renowned for their sculptures and installations in cultural institutions or at open sites. In 2008 they created a Towerman for Seoul in South Korea and i 2014 they participated in the Sydney Biennale.

In 2015, they had two exhibitions in major Danish Art Museums: ‘Between Towers’ in ARKEN Museum of Modern Art and ‘Follies & Faces’ in Museum of Art in Public Spaces in KØS and in Køge.

When creating their sculptures and installations, the artists apply an architectural method allowing them transforming a specific space: They create houses and towers, that are not pieces of architecture from a functional point of view, but rather build art constructions able to show relations between people and a space. In an imaginative and humorous way, their pieces invite the spectator into a dramatic and marvelous universe.
The Mikhailovsky Towerman for the Imperial Gardens of Russia Festival will be created with inspiration from Russian crafts and invite children to play and investigate.

The project is supported by the Danish Cultural Institute in St. Petersburg and the Danish Arts Foundation.

Besides the presentation of the Mikhailovsky Towerman by Randi & Katrine themselves, the programme for day consists of events related to the Childhood theme: Films, LEGO workshops for children, musical performances based on the fairy tales by Hans Christian Andersen, a presentation of the cultural garden history in Denmark and concert presenting the music by composer Carl Nielsen.

Programme for the Danish Day: