Past and Present meet at Dance Festival in Russia 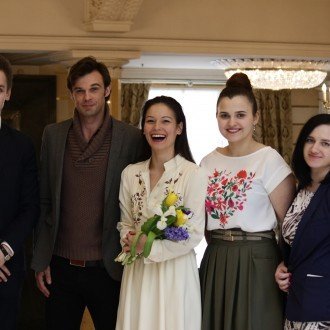 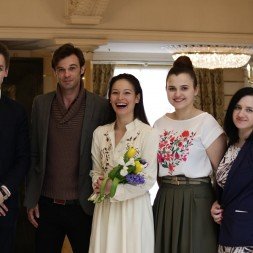 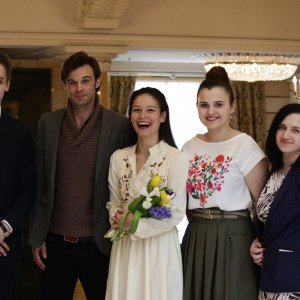 At the festival ‘Contemporary Dance. 25 years in Saint Petersburg’ April 19 to 21, you can experience performance and dance from recognized koregrafer Sasha Kukin, Liliya Burdinskaya and Nataliya Kasparova, all of whom have contributed to the flourishing development of the contemporary dance scene in St. Petersburg.

According to the organizers, the interest for contemporary dance has been growing in Russia for the past few years and have therefore outlined the festival as both a revisit to the historical dance tradition while also exploring different contemporary dance genres.

Choreographer Kasper Ravnhøj from Copenhagen is the festival’s guest of honor and will perform his famous solo ‘Naghol’ for the first time in Russia April 19. Kasper Ravnhøj is the founder and artistic director of the physical theater Mute Comp. Since 1999 they have challenged movement culture and human physicality by setting up both subtle and figurative performances – often based on urban trends and political issues.

Mute Comp embraces all genres – from slapstick comedy to dark melancholy – and have won several awards for their creations. Similarly, Kasper Ravnhøj has won both important nominations and awards and has cemented his name on the Danish as well as international theater scene.

Now is your chance to experience his performances in Russia thanks to the organizers Liliya Burdinskaya Dance Company and Sasha Kukin Dance Theater, with support from the Danish Cultural Institute in St. Petersburg and Hotel Ambassador.

The first day is dedicated to the most prominent achievers of the modern dance scene in St. Petersburg. The festival opens with Sasha Kukin’s ‘Bach. Opus 1043 ‘ performed by Sasha Kukins Dance Theatre – pioneers in the Russian dance theater.

On the second day a line of choreographs will showcase their most contemporary and current work, where some of the performances are still in progress. The participants will be able to meet young and progressive choreographs – some of whom will present their work to a public audience for the first time.

Tonight’s main number is a surprise from Natalia Kasparova and her laberatorie.

The last day is dedicated to the pioneers of Russian contemporary dance; Sasha Kukin with her recognized works ‘Freedom’ and ‘Gravity’. The last day the participants will also be able to meet Olga Jiltuhina who founded and choreographed for Latvia’s first dance company.

Alongside the main program, there will be lectures, video screenings, workshops and artist talks.