After three years Creative Ports is coming to an end 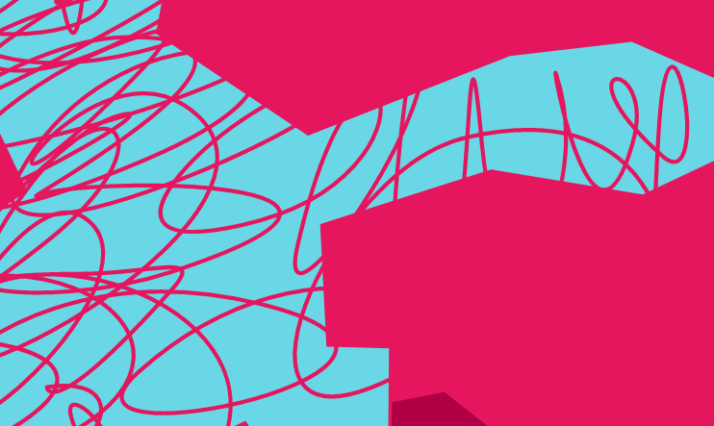 In the autumn of 2021, Creative Ports came to an end after three inspiring and challenging years.

The Creative Ports project was focused on encouraging and improving collaboration between the cultural and creative industries (CCI) in the Baltic Sea Region. The Danish Cultural Institute was one of 14 partners from around the region, and we contributed with two key activities:

Developing, implementing, adapting, and evaluating an international CCI event like Pitching for a Better Baltic Sea, we learned a lot which was all collected and put together into a learning module for other organisations to be inspired by. You can see it here.

Pitching for a Better Baltic Sea

Pitching for a Better Baltic Sea is an event concept which aimed to strengthen transnational and cross-sectoral collaboration in the Baltic Sea Region within the creative industries. Gathering start-ups, SMEs, incubators, and other CCI organisations and actors from the region, the tool showed how the UN’s Sustainable Development Goals for climate change and sustainability can create value and lead toward the innovation and investments of the future.

Concretely, Pitching for a Better Baltic Sea centred on a pitching competition for CCI start-ups where they could showcase and pitch projects working towards a more sustainable Baltic Sea Region in front of an international jury. In addition to the key pitching competition, an array of other activities aimed at facilitating new networks, inspiration, partnerships, and knowledge of new markets as well capacity and peer learning was offered to the participants.

In 2019, the first Pitching for a Better Baltic Sea event took place in Aarhus in October and was opened by the Mayor of Aarhus. Being the first implemented activity, the learning experience and consequent input into the above-mentioned learning module was immense.

Danish and Latvian companies took part in the tool which, in addition to the competition, included a keynote by Kasper Petersen from LABFRESH, a sustainable clothing company. LABFRESH’s journey as a successful creative and sustainable company was especially inspiring for the start-up participants facing the same road – and many of the same challenges and opportunities.

The event also included plenty of networking possibilities and a concert by the acclaimed Latvian band, Carnival Youth. The day following the competition, the Latvian companies could also take part in a visiting programme to local companies and incubators to gain inspiration, new networks and knowledge of the Danish market and support mechanisms as well as participate in an internationalisation workshop by Karoline Haulund from Creative Business Network.

At the same time, the participants were also invited to join parts of ‘this.festival’, an annual 3-day festival for digitalisation and creative industries in the region of Midtjylland, Denmark, which also took place at the same time.

The pitching competition itself was of course key for the event and for the participants as being able to pitch your product and company is crucial for a start-up to be able to attract investments and new partnerships. Besides providing training in exactly this, the pitching competition also functioned as a platform for the participants to showcase their products and services while simultaneously learning from and being inspired by their peers.

“Good ideas stay ideas if not presented and communicated. Good pitching is very important for the growth of a start-up and for turning good ideas into reality! Pitching for a Better Baltic Sea is a great platform for developing pitching skills and receiving valuable feedback and learning from others.”
– Linda Riekstiņa-Šnore, Ette Tete, Winner of Pitching for a Better Baltic Sea 2019

The 2019 event saw concrete new partnerships being formed between the Latvian and Danish participating companies, with e.g. a Danish furniture design company cooperating with a Latvian production company, as well as positive examples of Latvian participants applying to and participating in other Danish support initiatives.

In 2020, the event of course had to be adapted to a digital format due to the outbreak of the COVID-19 pandemic and consequent restrictions for gathering and travel. The translation of an international pitching and networking event to an online format, without compromising on agenda, aims and focus, was a very valuable learning experience, the result of which you can find in the last chapter of the learning module.

As part of this translation process – and in response to feedback from the event the year before – several aspects of the programme were changed. The success of last year’s keynote and a desire for more knowledge-based input inspired the expansion to two keynote speakers: Rebecca Vera Stahnke from Veras Vintage, a circular clothing concept, were selected to, like last time, inspire with their success story of establishing themselves as a sustainable, creative brand.

In addition, Caroline Gjerulff from Vision Danmark was invited to talk about sustainability in the film industry. The visiting programme to local companies and incubators were, unfortunately, not possible to do digitally, but the internationalisation workshop and concert were kept as key activities. Moreover, due to the digital nature of the project, it was possible to include participants from not only Denmark and Latvia, but also Estonia and Germany.

Where the first year’s winner of the pitching competition gained tickets and travel to the Sonar+D festival in Barcelona, an international creativity, technology, and business congress, the 2020 winner won an in-depth digital mentorship course from Danish business and branding expert Lena Boel. This was a great success, with concrete positive changes for the winning start-up:

“Having a mentoring session set with Lena is one of the best things to ever happen with KIRA regarding branding. She really gave a deep insight into what the brand itself, storytelling, and core values should be. We set short and long-term plans with Lena, and all of the sudden everything started to make sense. We truly appreciated the time with her.”
– Henry Ratasepp, Kira Shoes, Winner of Pitching for a Better Baltic Sea 2020

2021 was the last year for hosting Pitching for a Better Baltic Sea as part of the Creative Ports project. The last event saw Latvian, Estonian and Danish participants.

Based on feedback from the 2019 event, the Baltic participants took part in a visiting programme to companies and incubators in Copenhagen on the 1st day of the event. Here, they also finished the day networking together with key actors, cultural institutions, and support organisations within CCI at a kick-off event for a new local Danish-South Swedish network, also being implemented within the Creative Ports project.

The following day, the participants continued to Aarhus where they joined the Danish participants for not only a pitching competition, but a hackathon where they in groups created new ideas for digital sustainable transformation to present at the competition. The event concluded with a concert by Latvian artist Chris Noah.

The recently renamed CCI Contact Desk, which during the Creative Ports project period was known as the CCI Secretariat, was run by the Danish Cultural Institute in Riga. Here, the Secretariat served as a central contact point for the project, providing international connections and offering internationalization guidance as well as information on the Creative Ports project to CCI stakeholders, support organizations and actors and others interested.

Moreover, the CCI Secretariat has also connected EU National Institutes for Culture (EUNIC members) to CCI support organisations in the Baltic Sea Region, creating and facilitating partnerships called ‘Tandems’ that plan joint activities. Right now, 3 Tandems have been successfully created which are based in Riga (for Latvia), in Copenhagen (for Denmark and Southern Sweden) and in St. Petersburg (for North-West Russia) respectively. The Tandems are cooperation platforms that have been initiated by the CCI Secretariat with the aim of creating a new or a closer cooperation between the two ‘types’ of partners, the EU National Cultural Institutes (EUNIC members) and the regional CCI support organisations, through the planning and implementation of joint activities.