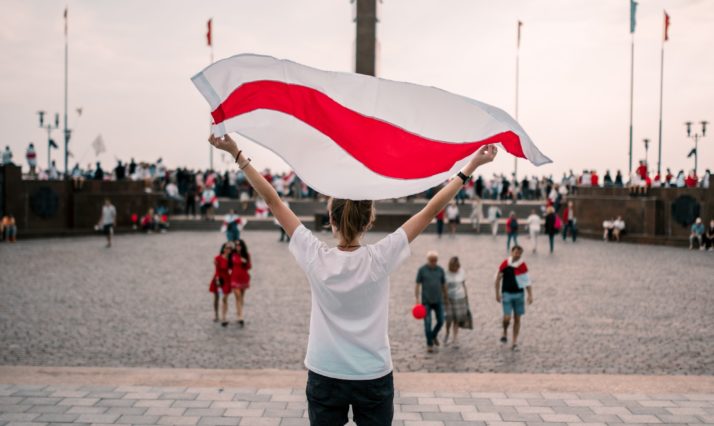 “Performing Gender in Times of Conflict” is a project, in terms of which theatre professionals from Belarus and Denmark together with participants, Belarusian women, are creating a documentary theatre performance which speaks about their personal stories, current protests in Belarus in general and the role of women in the protests.

The year 2020 was a challenge for a lot of people around the world, because covid-19 changed our routine and habits.

The invisible threat of the virus forced us to get adapted to unknown conditions, change the way we communicate, and deal with challenges. And not least to find strength and inspiration in one another in order to move forward despite the circumstances.

For people in Belarus, 2020 was a year of even more changes than anyone could think of. The presidential election campaign, which took place in summer, became one of the most controversial and tough ones in the Belarusian history.

In the days following the election, thousands of Belarusians were imprisoned and violent confrontations with the authorities followed.

For many people those dark days changed after a first women’s solidarity chain on the 12th of August happened, with women wearing white clothes and holding flowers as a sign of a peaceful action and solidarity with people who had suffered during the first days of the protests.

During the last 7 months after the elections, Belarusian protests went through a lot of tranformation: massive marches of hundreds of thousands, pensioners’, women’s marches, local communities’ activities, various petitions, campaigns and so on.

Besides the public gatherings, there is always something that people keep to themselves: the struggles of living in the current events, fear, and difficult choices they have to make between safety and an active fight for democracy. Even the challenging discussions with friends and families because of different opinions.

In our project “Performing Gender in Times of Conflict” we ask these and other difficult questions to our participants:

Due to safety reasons the premiere of the performance was postponed, but we are hoping that we will be able to perform in front of an audience soon, so the stories of the women can be heard.

Danish Cultural Institute in Riga and C:NTACT are behind “Performing Gender in Times of Conflict”