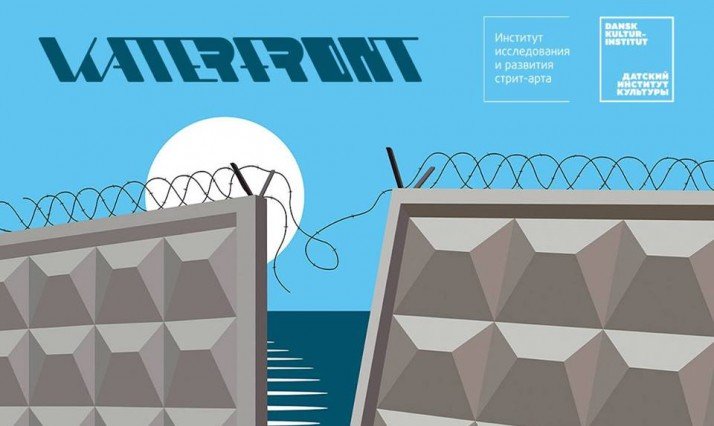 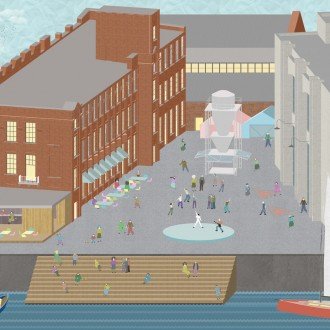 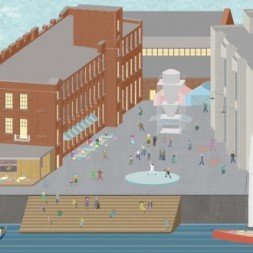 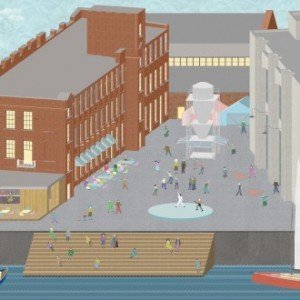 Thursday 21 September marks the opening of the urbanistic research exhibition WATERFRONT in Sevcable Port at Vasilevskiy Island in St. Petersburg, and the start of the Nordic Weeks International Festival.

How does modern cities rethink and develop its waterfronts, and to what degree does this influence the quality of urban life?

The exhibition’s concept is already reflected by its chosen location – a former part of the factory “Sevcable”. Part of its ground facing the embankment was donated by the factory for the establishment of the cultural and business cluster Sevcable Port. The place is unique due to the open view on the Neva River and the Gulf of Finland in addition to the view of the ZSD highway and waterfront.

The main question of this project is How should modern cities rethink and develop its waterfronts and to what degree this influences the quality of urban life?

The goal is to present the experiences of the Nordic countries in the transformation of industrial sites, when the city’s industrial functions give way to the ecological space.
A two day discussion will be held in the framework of this project as part of the X St. Petersburg International Innovation Forum, where urbanists, developers – both Russian and Nordic (Norwegian, Finnish, Danish, Swedish) – planning authorities and architects share their experiences. The dicussion programme is produced in cooperation with Architectural Critic Mariya Elkina.

The main theme of the discussion will be about major urbanistic projects, that have been realized on the coastline, through presentations of Nordic-Russian city strategies in waterfront development, representatives of urban planning authorities of Saint-Petersburg, Helsinki, Copenhagen, Oslo, and Stockholm.

City activists and researchers, who consider the situation and needs of the city-dwellers, like the community “Right to water”, projects “Park at Smolenka river”, “Park Vzmorye”, and residents of the ”Baltic Pearl” will talk about which requests and opportunities the city communities have for developing the territory.

Reviewing the Values of the City

St. Petersburg is a city on water, where one of the most popular tourist attractions is walking along the rivers and canals. But even though Petersburg is a harbor city, it is quite hard to see the sea from here. Historically, the areas with the best views to the sea from the mouth of the River Neva has been taken up by wharfs and their supporting factories, but the industrial zone’s red brick line embraces the historical center, – says Project Curator and art historian Dmitry Pilikin.

“But the city is a living and ever evolving organism. And there will also in Petersburg come a time for reviewing the values of the city and for opening new views to the water.

This problem doesn’t just concern St. Petersburg but also most of the cities in the Baltic Sea Region. In that respect waterfront re-development experience of our neighbors in the Nordic countries may be valuable (while also keeping our own original approaches). This is exactly why a group of artists from Petersburg, supported by Danish Cultural Institute, recently traveled to Helsinki and Copenhagen and returned full of ideas and thoughts about artistic projects in connection to water in cities,” adds Dmitry.

Twelve artists participate in this project. The different projects cover a wide spectrum – from huge ”industrial” artworks to sound art and complicated installations using video projections. Marina Alekseeva is known for her video objects, which you can see at the exhibitions in the Russian Museum and in the Marina Galisich Gallery. The sculptor Pavel Ignatyev has made a monument dedicated to the architect Trezzini, which decorates the Leytenanta Shmidta embankment. Andrey Rudyev is the artist behind the well-known installation with penguins at the polar and arctic museum. Sergey Filatov is the artist behind sound-objects, and recipient of the Sergey Kuryokhin art prize. Sergey Denisov is a master of subtle light and shadow installations. Sergey Katran turns sounds into monumental objects by the use of his signature style. Veronika Rudyeva-Ryazantsev is known for her life affirming video objects. Dmitry Shubin is a master of sound installations, and is the director of the St. Petersburg improvisers’ orchestra.

The spirit of the water’s confrontation and confluence, and the spirit of the city encompass everything: the installations with video projection, sound experiences, vent tubes and massive spools, objects from suspended ceilings – all of this help unveiling the secret, but don’t reflect the complex essence of what will be presented at the exhibition.

”We aim to develop the culture of the everyday use of water, just as they do, for instance, in the Nordic countries – a clear access to water and family boat trips during the weekends. We are interested in exploring this theme further from different perspectives; urbanistic, ecological, and cultural. A few questions are especially interesting; how modern artist perceive water, how the ecosystem of an island city works, and to what degree is the access to water important and available for people living in St. Petesburg? – says Albina Motor, executive producer on the project.

– The main goal of this project is to draw attention to the coastal space. After all, this city was founded here thanks to the access to the sea.”

Executive producer on the project – Albina Motor, the driving force of the art programme in an urban environment, and the founder of the Institute for street art exploration and development.

Exhibition organizers:  Institute for the street art exploration and development and Danish Cultural Institute in Russia.

The discussion is organized as the side event of the St. Petersburg International Innovation Forum in cooperation with the Committee for External Relations of Saint-Petersburg, Nordic Consulates General.

The exhibition is part of the project ”Strengthening Nordic-Russian network in ecological advocacy” implemented by the Danish Cultural Institute and is funded by the Nordic Council of Ministers and the Nordic Weeks in St. Petersburg festival.

Sevcable Port is a center for the development of the urban environment on the south-western part of Vasilevskiy Island. It is an oasis of businesses and creative initiatives, and a modern recreational and cultural space. The building complex is located on the embankment of the Neva River and the Gulf of Finland on the Harbor of Vasilevskiy Island, close to the Sea port. It is divided into functionally different areas, where you can create projects, work, spend your free time, and engage in creative activities and sport. The strategic factor of development is the creation of an enabling environment for the further transformation of the surrounding waterfronts to a single park and public-business route through the sea on the south-west side of Vasilevskiy Island. http://sevcableport.ru/