Beijing Exhibition ‘Dads’ Examines The Role of Being A Father 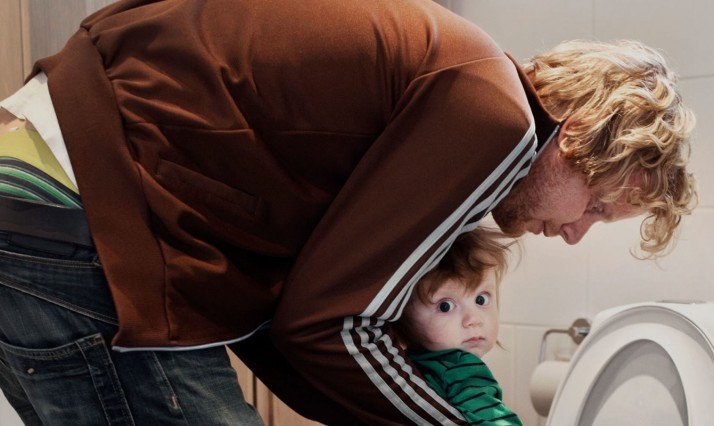 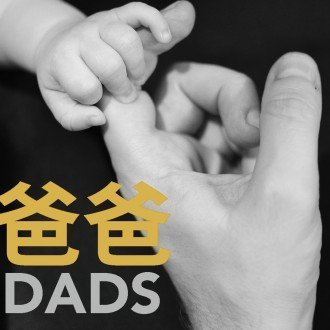 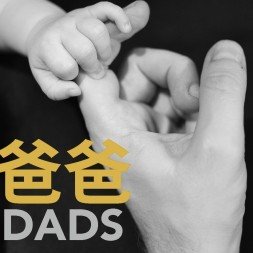 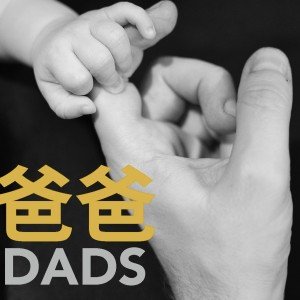 We all have a father, some of us even two. Together with a number of stakeholders including UN Women, Danish Cultural Center in Beijing is excited to present Dads, an exhibition on roles, responsibilities and figures of what it takes to be a dad/far/ papa/baba whether in couple, single, gay, Nordic or Chinese.

Dads was launched on 23 November, 2016, by the Swedish minister for Children, the Elderly and Gender Equality, Åsa Regnér, who represents UN Women, together with the Chinese TV star Tong Dawei, who received a “father” award from the #HeForShe initiative.

The exhibition is open to the public from 25 November, 2016, and presents two portrait series by the Nordic photographers: Johan Bävman (SE) and Jari Salo (FI) documenting fatherhood from two different angles.

The artists’ renderings of fatherhood are framed with statistics and data on fatherhood and paternal leave measures in the different Nordic countries together with testimonials by various Nordic fathers.

Dads includes an interaktive section in which the audience is invited to contribute with written recollections of their own fathers and selfies depicting them together. These elements are pined to a wall installation which will become a continuously growing piece of art before the closing day on December 12, 2016.

The exhibition is accompanied by a series of workshops and talks for parents and in some cases exclusively for dads with their children.

Swedish Photographer Johan Bävman has been documenting Sweden’s paternity leave policy in a photo essay to inspire other fathers to consider the positive benefits of a generous system for parental leave.

With this project, I want to find out why these men have chosen to stay at home so much longer than the majority of Swedish dads. What has it done for them, how have their relationships with their partner and their child changed, and what expectations did they have before taking parental leave?
Photographer Johan Bävman

Jari Salo shot the portrait series Father Figures in 2012. The series portraits drug addicts, who have used intravenous hard drugs since their early teens, and have now become fathers. Through these portraits Salo wished to depict difficult socio-ethical notions and see if parenthood would change the lives of these men.

But in the end he didn’t see any miracles happen. He only saw the harsh reality, where the men tried to manage their lives, struggling to cope with their addiction and maintaining the relationship with their spouse. He saw how they tried to convince the authorities, they could take care of their babies and stay away from their former drug buddies.

Salo documents how they slowly build up their own identity as a father. It may seem like a shaky house of cards, waiting to collapse, but in the midst of all this uncertainty, he believed to have seen fathers who genuinely tried to do their best.

Fatherhood seen from a Nordic point of view and a Chinese will also be explored through the two movies:  Superpappa og Pelé (2011) by Annette Saugestad Helland (NO) and Chinese Dads (2016) by Wang Xue.

Superdad and Pelé is a Norwegian short film by Annette Saugestad Helland. Helland is not only a director and producer, but also a writer and an illustrator. She has published three children’s books, participated in several collective exhibitions and is currently working on different animations for children.

The short film portrays, how fathers are more than just ”Superdads” from the view of a quirky son.

Nowadays, instead of being raised up in a traditional large family, most children grow up in a small-scale family, in which the cultivation of ”fatherhood spirit” could mainly be enriched by the modeling of father. However, the parental time and its quality become something difficult due to the contemporary lifestyle, and especially as the new generation of fathers come mostly from the only-child families.

The mindsets on gender, education, and cross-generational communication have experienced big changes over the past decades, which would no doubt influence their role of being a good father. For this reason, they would probably question the education they received from their parents, but meanwhile also feel confused and stressed on how to be a good father today.

Family-friendly policies in the Nordic countries

In many ways, the Nordic countries seem to be well prepared to tackle the challenges for future welfare states posed by an ageing population. For a long time, Denmark, Finland, Iceland, Norway and Sweden, have been considered the forerunners in designing family-friendly policies that allow them to maintain a high rate of female labor force participation without reducing fertility to the low levels found in many other countries.

Maternal, paternal and parental leave are essential components of these policies and in fact, leave schemes in the Nordic countries have a history of more than 100 years!

Sweden was also the first to introduce parental leave. Since 1974, fathers could use part of the leave period, instead of mothers. The father quota was extended to two months in 2002, and for the first time, the share that mothers could take was reduced correspondingly by one month.

Norway followed Sweden’s example by introducing paid maternal leave already the year after, in 1956. A 12-week maternity leave was put into place. This scheme was extended to 18 weeks in 1977 and fathers became entitled to take part of the leave period, except for the first 6 weeks after birth. In 2005, the leave period was 52 weeks. Since 1993, 4 weeks of the given parental leave has been reserved for the father i.e. a father quota of 4 weeks.

Since 1985, Finnish parents have been allowed to share the leave period, except for the weeks before birth and the first 14 weeks after birth reserved for the mother. In 1991, Finnish fathers received an individual right to daddy days. In 2005, the Finnish leave period was 54 weeks, the first 20 weeks for the mother, then 32 weeks of parental leave and further, a father quota of 2 weeks. Fathers have to take at least two weeks of parental leave in order to earn the two weeks of paternal leave.

In Iceland, the leave schemes came a little later. In 1980, mothers became entitled to a 3-month leave period. Fathers were allowed to take up 1 of the 3 months of the leave and in 2000, a rather radical reform was introduced, which allotted a 3 months leave for the mother, a 3 months parental leave period which could be used by either parent, and a 3 months paternal leave for the father. If the father did not use his 3 months, these months were lost to the family.

Still, in all Nordic countries the proportion of fathers who take up daddy days, parental leave and father quota leave is not on par with the proportion af mothers. This certainly doesn’t make them lesser parents though.

Danish Cultural Center in China would like to thank The Swedish Embassy for taking the initiative to focus on dads, and for providing Johan Bävman’s photographies. Also, we extend a thank to the Norwegian Embassy, to Lens Magazine and to Nordic Stats for data and statistics.