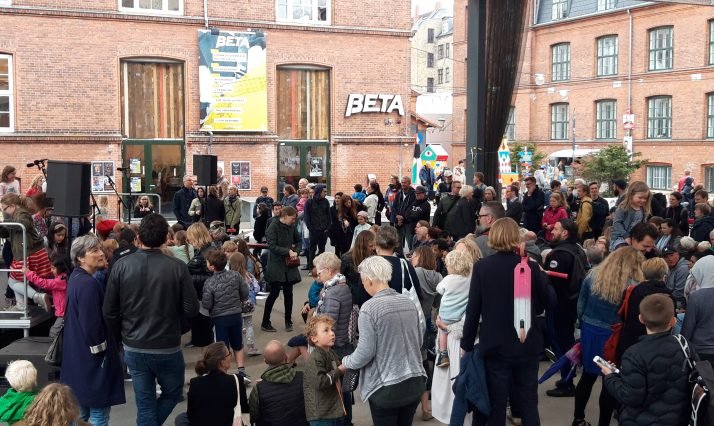 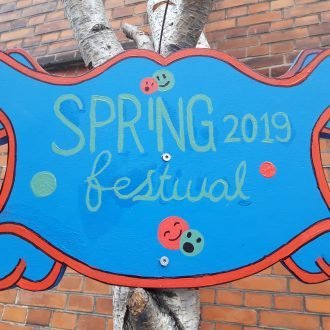 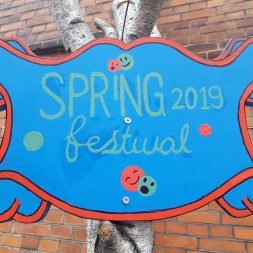 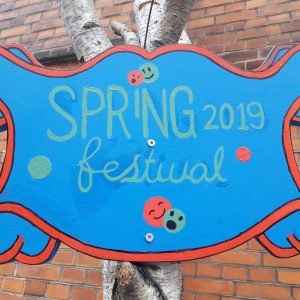 In the last days of May, DCI invited festival director and producer Hakan Silahsizoglu to experience and partake in several performing arts festivals in Copenhagen, alongside other Turkish performing arts professionals. We had the chance to talk to him about why he started ATTA international arts festival for babies and children in Istanbul.

Hakan Silahsizoglu is the founder and director of Istanbul’s first international arts festival for babies and children, ATTA, and does freelance work as a producer. In late May, he was part of a group of Turkish performing arts professionals who visited Danish festivals within the field.

As part of his activities during his stay in DK he spoke at a brunch talk on how to promote diversity on all levels on and off stage, with DCI Senior Advisor Füsun Eriksen being present as well. Many angles on the topic was covered, such as the fact that diversity is often just thought of as ethnic diversity, while in reality it entails many different aspects of personal or group characteristics.

It was also made clear that to properly diversify the production of performing arts and reach more diverse audiences as well, the whole eco-system must be changed. It is not just a question of putting more diversity on stage, but also of addressing the existing structures of funding and power – power which also determines what “quality” is comprised of – and re-arranging these structures. In achieving this, the question was raised of when to keep diversity in the background and when to push it to take center-stage, the latter of which options coming with the possible danger of enforcing stereotypes instead of unmasking them.

Hakan stressed at the talk, that change should happen right now, and that real change begins at the roots. This sentiment gels well with his work within the Turkish and international theater scenes, and especially with his efforts in building and improving ATTA, offering high quality international performing arts for children in Turkey.

Tell us a bit about the background for the ATTA festival and how it has developed since the conception.

I was working in a theater in Istanbul, Talimhane Theater, from 2009-13. I worked on various projects, we did a Creative Europe collaboration with five countries and some local projects with partners, and other international projects. But one thing I also did, was I started visiting festivals in Europe for the performing arts for children, and I realized that this is something we were missing in Turkey. What I mean by that is to take children seriously when you start to rehearse a performance, but also looking from a child’s perspective rather than as adults, doing things that children would never do or want to watch.

So that was kind of stuck in my mind. In 2013 I became a freelancer and continued attending festivals. Then, in 2015, I and my colleague Feyzan, who is the coordinator, started talking about if we could do something in Istanbul, which was international in scope, interesting and challenging. Both for local artists, children and their families. High quality performances that go to Berlin, Paris, London, New York, could come to Istanbul, why not?

We decided to start as a 4-days festival, and because Istanbul is so big, we wanted to be in both parts of the city, so we used 5 different locations and we had 20 events. Weekdays for school performances, weekends for public performances. The audience saw works from Mexico, Spain, France but also companies from Turkey. It was a very good experience to see the reaction of people, and test how we were managing it and so on.

You cannot trick kids, they will never buy it.
Hakan Silahsizoglu

We learned a lot for the next year, and we were very motivated by the response. And so, after the first festival we decided to spread the festival out into about two-three weeks, and increase the number of venues, so for the last 2 festivals we have been using 10 different locations, and have had about 30 events, including workshops, exhibitions and performances.

In our last edition, which was the 3rd, we wanted to see how it would go if we spread into different cities as well. It went really well, so from now on we will try to be present in 2 cities minimum and consider to open up in different cities where possible.

How can the festival impact the Turkish children’s theater scene?

When we organize the festival, we obligate every company to offer something other than just their performance, like workshops for kids, for teachers or artists based in Istanbul or other places in Turkey. To give an example, when we invited Teater Minsk with the fantastic performance “Sky”, they also gave workshops to 16 different theater companies in Istanbul mainly working with children’s performances. I think that part is very crucial, because it is the only way to change and go forward, for the local artist to exchange information and get in contact with international artists.

When we go to a performance we choose what we want to see, or if we want to stay at home or go outside. The children don’t have that choice, they follow the grown-up person that take them to cinema or theater and so on. So we want to offer something that is interesting both for the child and for the adults.
Hakan Silahsizoglu

We have many theater companies for children working in Istanbul. There are about 1.500 companies, only in Istanbul, but in general the quality is very, very low, more than 95% of it you don’t want to see. What we see mostly in Turkey, in terms of children’s performances are quite didactic: “don’t forget to brush your teeth”. Or they are on the level of somebody slipping in a banana peel. You see some shiny décor sets, big costumes that look like mascots and quite exaggerated acting.

They do not take children seriously. The children’s audience are very honest and direct, if they don’t like you they will tell you and show you why. In Turkey, when these companies are rehearsing their new shows, they don’t really care about children. They know children are the target audience, but they don’t really get into children’s mind when they are rehearsing. So they use their adult mind to produce something for children, which doesn’t work, it doesn’t match when it comes to reality.

You cannot trick kids, they will never buy it. Of course, the performers have good will, they do not want to harm children, but they are not aware of their mentality, to change that is something that we want to push as far as we can.

What do you think it means to children to experience quality theater made for them? And what role do the parents play in letting them have this experience?

We are doing the festival around November, we chose that because it is the Children’s Rights Day, recognized by the UN, is November 20th. Children have rights, and not only to have a home and a family, and be fed, they also have a right to access to culture and art.

When we go to a performance we choose what we want to see, or if we want to stay at home or go outside. The children don’t have that choice, they follow the grown-up person that take them to cinema or theater and so on. So we want to offer something that is interesting both for the child and for the adults.

If the parents are not present, the children will feel alone in the auditorium. At the same time, it is good for the parents to see how their children perceive the world they see in front of them, and then they can have a conversation about it.
Hakan Silahsizoglu

Because of the lack of quality in Turkish children’s theater in general, that I mentioned earlier, the parents don’t want to stay in the theater for the performance. What we want to achieve, and so far, we are doing good in this, is that we want to keep the parent and the child together throughout the experience. Thjs is a good memory for both of them, sharing something to talk about later. Sometimes we have feedback from the audience, because they come to different events at the festival, and they say: “oh, you know the show that I saw last weekend, we talked that for half an hour with my child”. It adds something to their life, a little color, this is very important. And the parents in Turkey, especially the new generations in Turkey are open-minded and they really want to do as much as possible with their children.

If the parents are not present, the children will feel alone in the auditorium. At the same time, it is good for the parents to see how their children perceive the world they see in front of them, and then they can have a conversation about it. And the kids will always remember what they see.I still remember the first play I saw, maybe thats why I started making children’s theater.

It is always a question, when people bring their babies, how will it be? Because it is not an environment they are used to. Some performances have been held in universities, which have certain features that are maybe not even so suited for small children, but we have received feedback like “we don’t care, it is a great performance, we are very happy to be here”. They don’t care about it, they just want to be there and have an experience with their baby or their small child. It is very nice to know that if you have a good performance, which is interesting and tells something to people, they will come to see it no matter what.

Thumbnail and banner images from SPRINGfestival 2019