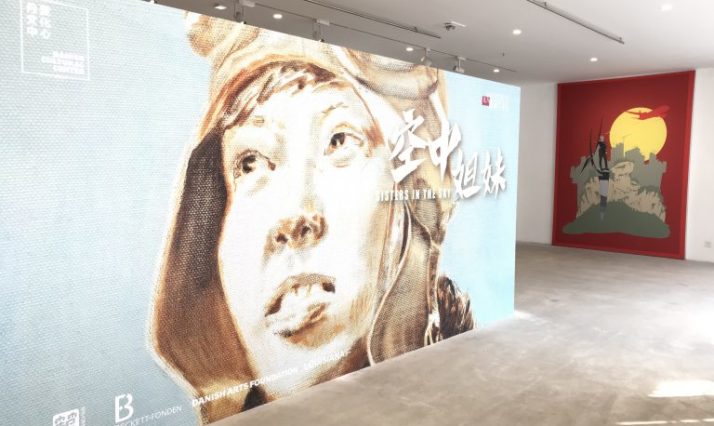 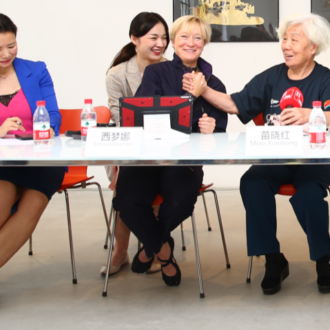 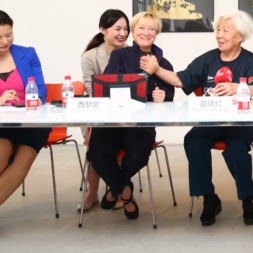 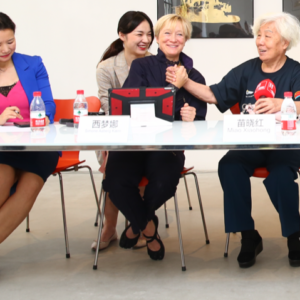 SISTERS in the Sky – Beijing/ Women Holding up Half the Sky! Opening September 28 2019

From the dawn of times, the dream of defeating gravity and imitating the birds over land and sea has prompted men and women to courageous actions. In western mythology, Icarius turned the back to his father’s advice and burned his wings when trying to reach for the sun. In Chinese mythology, Chang’e had to forsake her husband to be able to go to the moon.

For 25 years, the notion of flying has held a central position in Simone Aaberg Kærn’s oeuvre. Whether in film and video works, installations or in performances, she has worked with it as a metaphor for individual freedom and airspace as a mind-set for unlimited access to take control of your own life. In her own words, flying is “a rhythmic experience that calls on all senses and brings all parts of the brain into action.”

Kærn’s obsession with flying is particularly apparent in the series Sisters In The Sky, a work in progress that goes back to 1997. The initial version was originally exhibited at the 48th international Venice Biennale, dAPERTutto, in Venice in 1999 and consisted of 45 painted portraits based on photographs of WWII female pilots in Soviet, British and American service. In order to gain access to those still alive, Kærn had to earn her flight certificate, as these elderly women would have difficulty in relating to a young student of art let alone sharing their experiences. The result is an impressive aesthetic and intellectual statement of how women have realized their dream of flying in times of prejudice, hardship, and technical challenges. The installation now belongs to the permanent collection of Louisiana Museum of Modern Art in Denmark.

For Danish Cultural Center, Kærn has revised the original Sisters In The Sky extending it with a Chinese dimension and including the portraits of 18 Chinese female pilots. It is not an exhibition on the history of female pilots; neither does it claim to be exhaustive. Rather, it should be seen as Kærn’s personal homage to dedicated women whose contributions to aviation seem to have been neglected if not forgotten. It’s a poetic and feministic gesture to create an aero feministic sisterhood across cultures and generations through painting, film and sound.

Sisters In The Sky is the third exhibition in DCC’s series of Women Hold Up Half The Sky activities. It has been supported by Louisiana Museum of Modern Art, Danish Arts Foundation, Beckett-Fonden, and S.C. Van Fonden. We are especially grateful to Miao Xiaohong and her husband He Xiaoming as well as Wang Nengjiang for advice and inspiration for the part on Chinese female pilots.