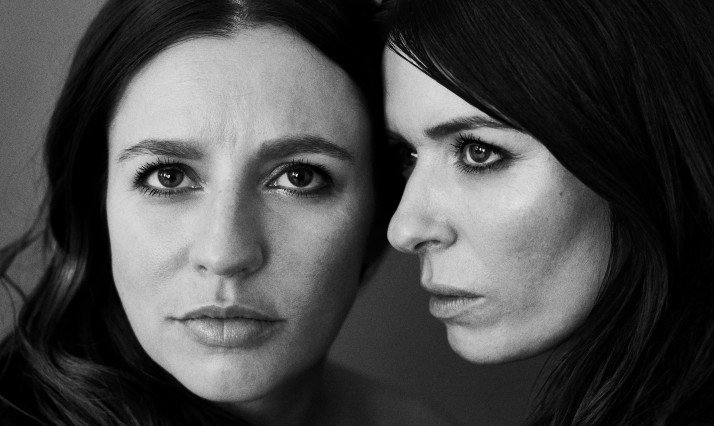 At this years opening of Tallinn International Festival, Jazzkaar, which takes place Friday, April 21st, at Vaba Lava, the Danish singer Kira Skov and the Estonian Saxophone player Maria Faust will perform pieces from their collective created album In The Beginning. The album should be officially released May 12th.
The festival is running from 21.-30. april, 2017, and is the biggest jazz festival in the Baltic states. Even though Jazzkaar is running on one of the smallest budgets in the North, the festival have plenty of activities and events, including a free concert day, this year on 23th of April, were artists will perform in Telliskivi Creative City and its surroundings. At this day music will be played at different places from bars, coffee shops and even office spaces. Furthermore as a part of the festival you can experience home concerts in which musicians will have the chance to perform in local homes.
The tradition of home concerts started back in 2015 where the Finnish drummer Tatu Rönkkö performed in numerous family’s kitchens.

The bright Danish artist Kira Skov and Estonian saxophone player residing in Copenhagen Maria Faust have brought together their fiery creative energy and together created the piece ‘In the Beginning’ for a choir and a band.

Skov who joins on the album, got excited about Faust’s music when she heard her album ‘Sacrum Facere’. The understanding between the artists sparked collaboration – Maria wrote the music for wind instruments to Kira’s tracks, and soon enough the idea to create music together, came about. The women made melodies for the album together, the arrangement was done by Maria and words lyrics written by Kira. When making the album inspired by Estonian folklore, Faust went deep into the mystics of her home country and reached religious insights. The producer of the project is Mark Howard, who has worked with stars like Bob Dylan, Willie Nelson, U2, and R.E.M.

Kira Skov has collected her musical baggage from London and Los Angeles, collaborated on 11 highly acclaimed albums, worked with Tore Johansson and The Gospel, and with Peter Peter from the legendary Danish punk band Sort Sol. She has toured with Tricky and her albums have been produced by John Parish and Mark Howard.

Maria Faust from Saaremaa shines brighter and brighter in the international jazz scene. A saxophone player, arranger, and composer with classical music education is known as an improviser who breaks barriers, she renews bigband music, and experiments with alternative jazz directions. She has won remarkable awards with her provocative music – first prize of the 2014 Danish Music Awards as the jazz composer of the year, and also the best album prize in crossover category with her album ‘Sacrum Facere’. In 2016 Maria Faust won the Danske Jazz Award and the prestigious Danish culture prize Niels Matthiasens Mindelegat.

Two pieces from the album ‘In The Beginning’ which was recorded at the Ilmjärve orthodox church, can be enjoyed as virtual reality in the future, as well as two shorter clips about the making of the project – this was captured as a 360-degree virtual reality, reportedly for the first time in Estonia.

The concert by Kira Skov and Maria Faust is organized in collaboration between Danish Cultural Institute, The Danish Embassy in Estonia and Jazzkar.